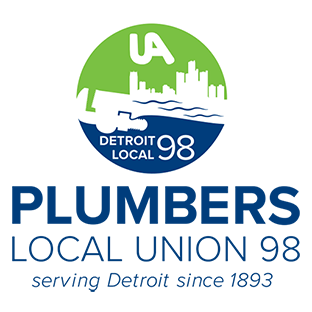 David has been cremated; his wishes were to have no funeral. Due to Covid, the memorial will be shared at a later date. In lieu of flowers, please make all donations to Linda Burton. 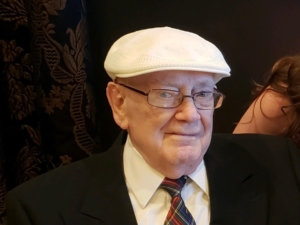 At Mark’s request, a cremation has taken place and a visitation will be held on December 16th from 1pm – 3pm with a small memorial service at 3pm at PHILLIPS FUNERAL HOME, 122 West Lake Street, South Lyon. 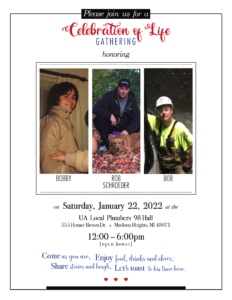 In lieu of flowers please make donations to:

Brother Bennett was initiated into Local 98 on January 1st, 1999 and was a 22 year member.

Felix Arthur Charlier, (85) passed away peacefully in his sleep on October 17, 2021, at his home in Avon Park, Florida. He was the widower of Madonna Jeanne Charlier. They shared 52 years of marriage together.

Born in Pontiac, Michigan, he was the son of Felix and Georgina Charlier. He attended Shrine High School and University of Detroit. Felix was a Master Plumber and Pipefitter / Welder with Detroit Plumbers Local Union # 98 where he recently received his 65-year pin. He also worked as the Plumbing and Mechanical Inspector of the City of Birmingham until his retirement.

Felix enjoyed golf, boating, and reading and will be remembered for his charm, strength of character and sense of humor.

Per his wishes, there will be no visitation nor funeral, however there will be a memorial service to celebrate his life. This will be held on Saturday, November 20 at 1:00 PM at the Coventry Clubhouse, 1990 Torquay Ave., Royal Oak, Michigan, 48073.

Memorial donations in lieu of flowers may be made to Mountain Children’s Ministry (MCM) supporting vulnerable children in Uganda. 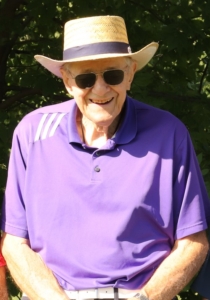 Visitation will be held on Saturday October 23rd, 2021 at Edward Swanson & Sons Funeral Home located at 30351 Dequindre Rd., Madison Heights, MI 48071 from 12-4pm, with a memorial ceremony from 3-4pm. Following the funeral home services the family will be holding a Memorial Dinner in Jeff’s honor at the Local 98 Union Hall from 5-8pm.

In lieu of flowers, the family is asking for donations to:
Timber Bay/youth investment foundation. You can find the link at the bottom of the obituary page under Memorial Contributions. Please include Scott Monroe memorial in the comment section.

Per her wishes there will be no funeral but a Celebration of Life will be held September 11th, 2021 at LaSalle Township Community Hall at 4111 LaPlaisance Rd., LaSalle MI at 2 pm.

Sister Hill was initiated into Local 98 on September 12, 1996 and retired on August 1, 2015. Sister Hill was a 24 year member and the sister of Brother Marv Standridge. 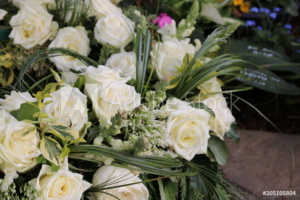 Select a year to display: